We have discussed it before on the podcast, but in the past weeks it seems like all the major podcasters out there (FRL, Bloodround, Inside Trip, Always Aggressive, etc) were expressing their thoughts on the differences (and beliefs) of having a National Dual Team Champion.

Why don’t I add my two cents.

To start, a note: 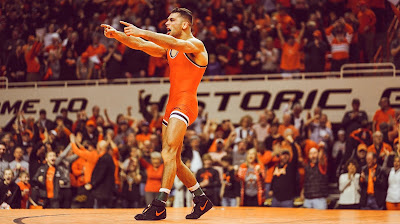 There is nothing like the NCAA Tournament.  The atmosphere and the buzz before, during, and after each session is like nothing else for those that follow the sport of wrestling. And this year there may be a passing of the torch in March when it comes to the 2020 NCAA Team Champion. But, is it really a team championship?

By definition and procedure of the rules, yes. Each team has the ability to qualify 10 wrestlers through their respective conference tournaments given the allocations acquired by each conference per weight. Some teams qualify all ten, some qualify just one or two (sometimes none). From there, the National Tournament takes place with each qualified wrestler acquiring points for their school. At the end, the school with the most points is deemed to be the best team in the country.

But you already knew this.

Now, it has been shown that in order to get into the team top four at the National Tournament you don’t need to have the most national champions or the most finalists. It’s about having the most bullets in the gun (to quote Cristian Pyles) to give you the most opportunities to place as an All-American. This can be done with less than half of a team’s roster, though. 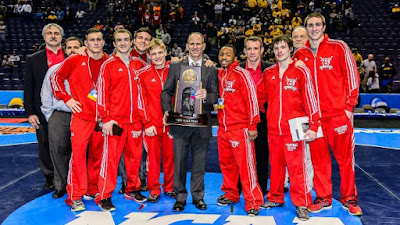 Again, no one is questioning the awesome power that the NCAA Tournament has on the American wrestling fan, but stop me if you’ve heard this before: duals are fan friendly, shorter in time, and an easier way to expand interest to those unfamiliar with the rules/scoring/intricacies of the sport.

This past week, we saw some GREAT duals, whether it was Penn State @ Nebraska, North Carolina @ Virginia Tech, or Purdue @ Rutgers. Some may call it a fluke, and in some of the most exciting times it absolutely is. But don’t sit there and say you don’t get excited during the NCAA Basketball tournament when a George Mason makes a run to the Semi-Finals.

Starting out small, maybe something like the “Bowl Series” can come back where the best of the other conferences faces off against a Big Ten team. Maybe eventually we can move to a committee where the top eight teams enter a bracket format. Maybe one day we will have enough teams to have a more intricate selection process like UEFA Champions League (ask me about it, ive though about this concept for a while).

Ultimately, the point is moot. The coaches at the top programs have shown that they do not want to participate in any type of dual because there is nothing that they get back (right now) that makes a dual tournament worth their time or risk (of injury). And to add to that, the NCAA has said they will not have a second trophy in the same year for wrestling.

There’s a phrase in economics that translates to a lot of aspects of normal life, and to wrestling too: “Incentives Matter”.

If there is no incentive to participate, the top programs (and the fan bases that follow them), will not be apart of any outside NCAA sanctioned competition. Maybe a donation to their RTC or their wrestling program. Maybe a trophy for the top three teams. Maybe a grant or the remaining 0.1 in scholarships. I don’t know, I’m just spit balling. 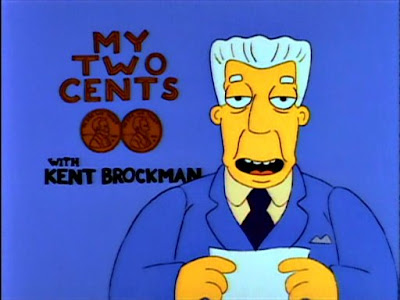 This week is, you guessed it, another dual heavy week. We do have the Edinboro Open, which has been an opportunity for those needing extra matches to enter and can maybe be a boost to your roster this week. Entries are still coming though, so stay tuned and refresh often. We are only two weeks away from the start of the playoffs… make your push!

Be sure to listen to my podcast for the Week 14 Outlook with details and news on the wrestlers listed below and why I picked them as guys I like this week to represent my roster, and make sure to follow me on twitter (@FantasyD1Wrestl)  for updates to tournament participants as I find them, as entries and information on who is/is not competing update daily.

If you think I missed someone, comment below and set me straight!

Posted by Gene Parmesan at 7:17 AM No comments:

There’s a famous cartoon skit, you may have seen it when you were a kid. It involves Bugs Bunny and Daffy Duck:

As happy as a lot of wrestling fans are that we are into the second half of the NCAA Wrestling season, which means in conference duals and head to head competitions, they should have tempered their expectations as it is known that it’s also the beginning of Duck Season.

I thought we were past this. I though all the discussion last year of seed protecting and ducking was going to change. But then again, why would I think that? Nothing was put in place to change how coaches are now skirting the rules and how those who actually show up to wrestle receive no more consideration over those that do not.

A few weeks ago, I wrote in the Week 11 Outlook about the perception of Spencer Lee ducking out of Midlands early. Well, this week we had another helping of duck.

Two come to mind this week as 184 Lou DePrez (Binghamton) was supposed to square off against Hunter Bolen (Virginia Tech) in a battle of a (almost) unanimous #2 vs #6, but DePrez and Binghamton ended up FFT-ing to Bolen.  Then, over in Ann Arbor Michigan, a super match of 285 Gable Steveson (Minnesota) v Mason Parris (Michigan) was going to prove if Steveson is the king of 285 or if Parris had jumped levels to be a National Champion contender. That too ended up not happening either as Steveson did not wrestle. At least Minnesota sent someone out (even if Parris ended up pinning him in just under 4 minutes.

There are a lot of other cases we have seen this year, from 125 Sebastian Rivera (Northwestern) not wrestling RBY or 141 Kaden Gfeller (Oklahoma State) and 174 Joe Smith (Oklahoma State) being oddly absent in recent duals. Then there’s lesser profiled ducks like 149 Andrew Alirez (Northern Colorado) against Max Thomsen (UNI).

If they are injuries, fine. I get it. This sport is tough, long, and having to make weight once or multiple times a week can be draining on the mind and body. But if they are not, it creates a whole new issue which may leave the growth of the sport stagnant to us die hard fans. 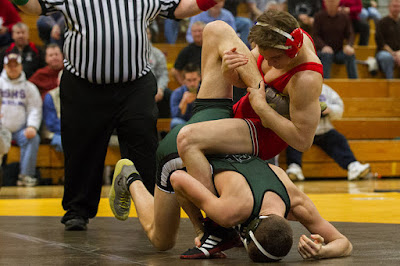 At the end of the day, whether Spencer Lee is the #1 seed of the #12 seed, everyone will still have him as the guy to beat come March. But, since the NCAA now seeds all 33 participants, it is assumed that being the #1 seed will be an easier path compared to that of the #12.

But when a wrestler has only 18 matches for the season, has not faced the top competition in their weight class, and has the “past history” credential of having post season success, does he deserve a high seed than that of the 29-4 wrestler who faced all the competition he was faced with, does the first wrestler deserve the better seed? Obviously it depends and every situation needs to be handled on its own merits. 149 Kizahn Clarke (American) has wrestled 35 times, but hasn’t faced the quality of competition as compared to Pat Lugo (Iowa) who only has 13 matches this season.

We have talked about it briefly (and probably will again this week) about our idea of trying to help alleviate the ducking problem at hand.

Much like what the international circuit is starting to do, and what High Schools have been doing for some time, is having a “ranking” or “prestige point” system attached to an individual during the season. Along with this, there should be some sort of “match participation” point system to encourage facing tougher competition rather than ducking it.

Listen in to the Week 13 podcast for more details and explanation of our ideas to encourage match participation rather than duck it so it can’t be held against them. 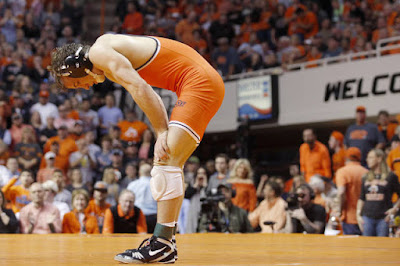 Two tournaments this week include the All-Academy Championships and the Appalachian State. There is also the California Collegiate Open, but not a lot of D1 competition will be there.

Be sure to listen to my podcast for the Week 13 Outlook with details and news on the wrestlers listed below and why I picked them as guys I like this week to represent my roster, and make sure to follow me on twitter (@FantasyD1Wrestl)  for updates to tournament participants as I find them, as entries and information on who is/is not competing update daily.

If you think I missed someone, comment below and set me straight!

Posted by Gene Parmesan at 9:51 AM No comments:

No real preface to this week’s outlook. I didn’t have the time nor the effort really. What can I say, it’s not like I’m getting paid for this. 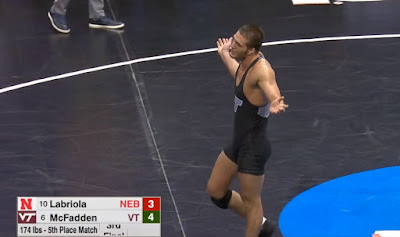 But this week is strictly duals. And when I say duals, I means one, two, or possibly three duals available per wrestler. There may be some available Opens, but doesn’t seem likely. Make you choices wisely... or just listen to me. 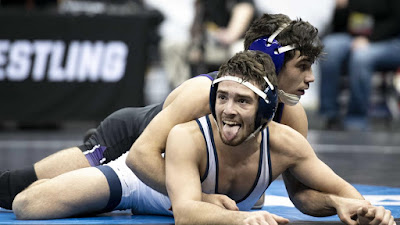 Be sure to listen to my podcast for the Week 12 Outlook with details and news on the wrestlers listed below and why I picked them as guys I like this week to represent my roster, and make sure to follow me on twitter (@FantasyD1Wrestl)  for updates to tournament participants as I find them, as entries and information on who is/is not competing update daily.


If you think I missed someone, comment below and set me straight!